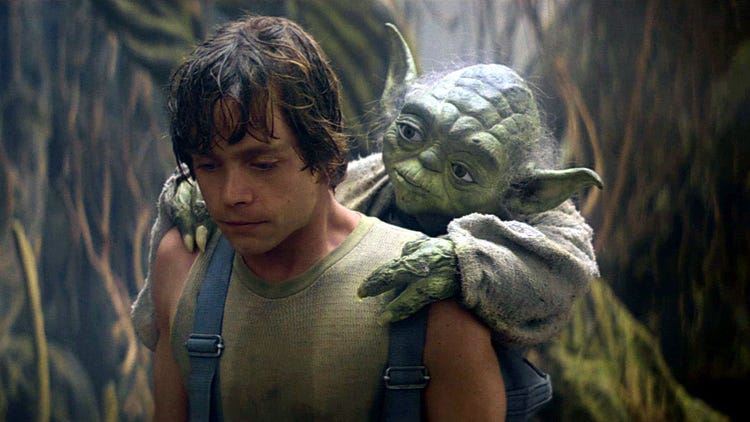 We were proud to supply the animal actors that appeared in many of the background scenes in the original trilogy - Star Wars - A New Hope, The Empire Strikes Back, and Return of the Jedi.  Starring Harrison Ford, Mark Hamill, and Carrie Fisher.

Working again with the Jim Henson Creature Workshop, our animals worked alongside the human actors and the puppets.  One of the most notable scenes was in Empire Strikes Back when Luke Skywalker, played by Mark Hamill, travels to Dagobah to be trained by Yoda.  We supplied hundreds of insects, invertebrates, reptiles, snakes, bats, and other 'swamp monsters' that made the scene so memorable.