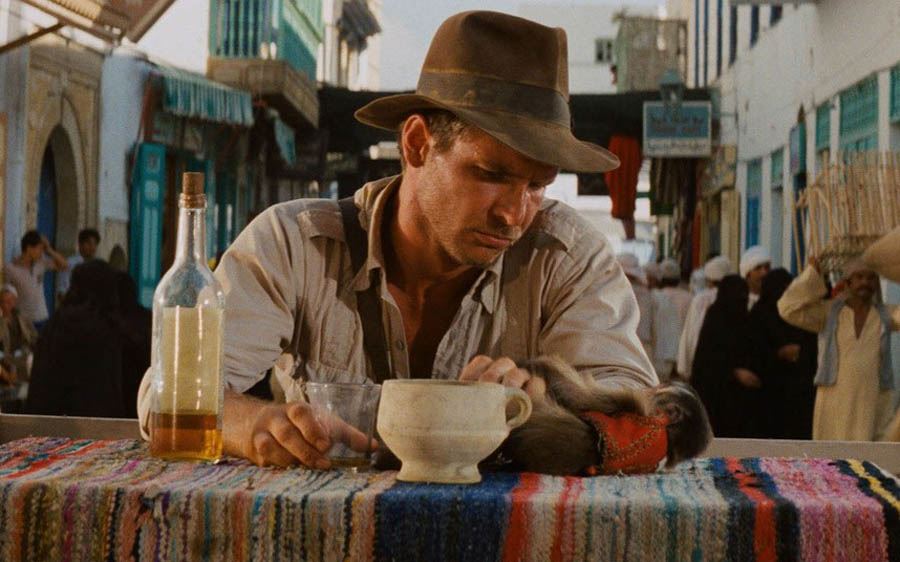 Indiana Jones is an American media franchise based on the adventures of Dr. Henry "Indiana" Jones Jr., a fictional professor of archaeology, that began in 1981 with the film Raiders of the Lost Ark. In 1984, a prequel, The Temple of Doom, was released, and in 1989, a sequel, The Last Crusade.

Working on some of the most iconic films of the 80's, the original trilogy was an ideal opportunity to showcase some of our more exotic animal actors.

We provided the snakes that Indiana Jones, played by Harrison Ford, was scared of; as well as the snake that wrapped itself around actress Kate Capshaw in Temple of Doom.  In addition, we also supplied elephants, bats, and thousands of crickets, cockroaches, and other insects and invertebrates.

We also provided over 5000 rats as well as the often treacherous monkey (played by three identical monkey actors), numerous snakes, and over 600 bugs and spiders that featured in Raiders of the Lost Ark.

Our work on The Last Crusade, which starred the icon Sean Connery as Indiana's father, included supplying hundreds of rats, horses, and donkeys, and other background animals that make these films so fast-paced and comical at times.

Ian Fleming created the fictional character of James Bond as the central figure for his works. Bond is an intelligence officer in the Secret Intelligence Service, commonly known as MI6. Bond is known ...

As regular suppliers of animal actors to Jim Henson, our animals have appeared in classics such as The Muppets films, and have been used as the models for hundreds of iconic puppets.